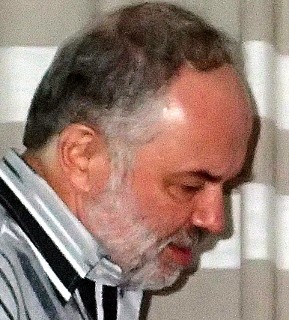 Boris Malomed was born in Minsk (Belarus, ex-USSR) in 1955. He had graduated from the Department of Physics of the Belorussian State University in Minsk in 1977. He had received PhD in physics from the Moscow Physico-Technical Institute in 1981, and D.Sc. (habilitation) from the N. N. Bogoliubov Institute for Theoretical Physics of the Ukrainian Academy of Sciences (Kiev) in 1989. He worked in Moscow till September 1991 as a senior researcher at the Institute for Oceanology of the Russian Academy of Sciences. He has been with the Tel Aviv University since 1991, as an associate professor in 1991-1999, and as a full professor since 1999. He is a chaired professor (holding a research chair on “Optical Solitons”) since 2012.

His recent research work has been focused on theoretical studies of nonlinear waves and nonlinear dynamics in optics, matter waves (Bose-Einstein condensates), dissipative, dynamical lattices, and in related systems. The main subjects of these studies are solitons (self-trapped solitary waves) and solitary vortices, in one- and multidimensional settings. In particular a challenging problem is the stabilization of multidimensional solitons and solitary vortices against the collapse and splitting. Addressing this problem, his recent works have revealed stable localized two- and three-dimensional modes carrying intrinsic topological structures, such as multiple vortices, semi-vortices (bound states of vortices and zero-vorticity solitons), and hopfions (twisted vortex rings, which carry two independent topological charges).

Currently, his research work is supported, inter alia, by a major collaborative grant jointly provided by NSF (USA) and Binational (US-Israel) Science Foundation (BSF), on the topic of dynamics of matter-wave solitons, and by a major personal research on the topic of solitons in spin-orbit-coupled systems, provided by the Israel Science Foundation. He maintains active research collaborations with colleagues in China, Japan, USA, Italy, Spain, Portugal, France, UK, Poland, Russia, Serbia, Romania, India, Thailand, Mexico, Chile, Brazil, Israel, and some other countries.

He is currently an adviser to a postdoc, three PhD and two MS students.

His publication list includes two books, ca. 20 review articles, and more than 1000 original papers in peer-reviewed journals. His h-index is 68 and 82, as given, respectively, by the Web of Science and Google Scholar, with the total number of citations in excess of 36,300. This means that he belongs to a rather small group of researchers whose h-index exceeds their age.