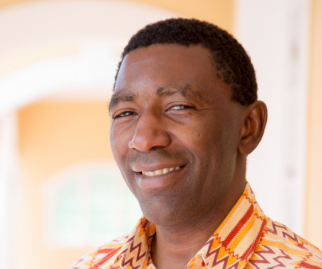 Founder and Director of ACAS

Didier Belobo Belobo was born in Yaounde, Cameroon. He studied physics at the University of Ngaoundéré, Cameroon, from 2001-2004 where he received a bachelor degree. He continued at the University of Yaounde I, Cameroon, by joining the Atom and radiation laboratory of the physics department, Faculty of Sciences in 2008. He obtained a masters of Science with thesis 2008-2010, and a PhD 2011-2015.

His research interest areas are Bose-Einstein condensates, energy transfer in biological systems (DNA, proteins), mathematical physical, nonlinear waves in optical systems. Belobo Belobo has investigated effects of quatum fluctuations on the generations of solitary waves, and the effects of three-body interactions, on the generation and management of solitary waves in conservative and dissipative Bose-Einstein condensates. Recently, he got interested on the dynamics of nonlinear waves in spin-orbit coupled condensates and showed that the latter system can support different types of nonlinear waves such as solitary waves, Jacobi elliptic waves and triangular periodic waves as well as complexes made of two distinct waves of the latter families and two waves belonging to two distinct families.

He serves as a reviewer for more than 8 international journals and as been a distinguished referee of the year 2013 of the European Physics  Society Journal.Org (EPJ.Org)